This is Officially The Strongest I’ve Ever Been

This is Officially The Strongest I’ve Ever Been

“This is officially the strongest I’ve ever been!” 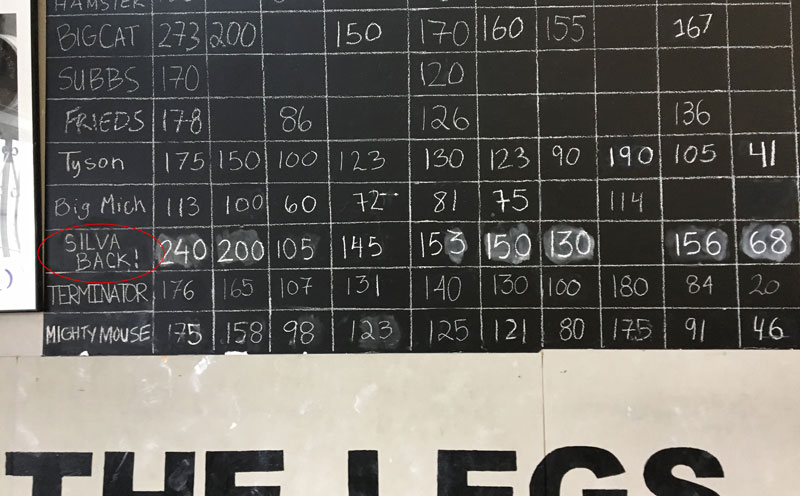 That is a quote from Wayne Moore of the Montreal Alouettes after completing a new personal best of 200 kg on the front squat, which is 8 kgs more than he did just last week.

He has been on fire over the last two days, hitting lifetime PRs on all his lifts!

In addition to the new front squat PR, he made a 240 kg back squat, which is 13kg more than he did last week.

All of these are new lifetime PRs!

“Besides football and training…this has taught me much about life and how you just have to WORK. TRULY WORK against all odds and BELIEVE. Most importantly, trust the process and keep the faith. We just getting started King. BELIEVE ME.” ~ Wayne Moore

This is coming off a disappointing freakish season-ending injury on his last day of training camp where he tore his labrum and had to have surgery.

He is currently in the 3rd phase of AAS, which to be clear looks like this;

Due to the injury, his range of motion limited his overhead work. Muscle snatches and overhead squats were almost impossible to do, and even racking the bar in the back squat and front squat was difficult.

But we kept at it with lots of dumbbell work and rotator cuff and scapula work.

Initially, our primary focus was on increasing range of motion and breaking up scar tissue.

I could tell he was having a hard time. It’s mentally tough for a kid to get hurt in his first year in the CFL, causing all his hopes and dreams to come crashing down.

Even when he first got back on home base (this what he calls the gym) he was not able to perform like he normally could, at all, but he stayed the course and now he’s back stronger and faster than ever!

I’ve said it a million times and I will say it again,

You have to observe your athlete and try to find the right buttons to push or the right words to bring them up and keep them going.

Sometimes they might not see the light at the end of the tunnel or the good that is to come or the progress they will make!

If you don’t see it, how will they?

If you don’t articulate to the athlete the positive results they can expect, they might lose their confidence or their belief in the program.

You must to show them the way and keep their spirits up as they put in the work necessary for them to recover.