In this video, we captured Braxton’s journey before and after her injury and her road back to success.

Braxton Stone-Papadopoulos (born June 23, 1995) is a Canadian wrestler. Braxton has been training using the Athlete Activation System at Laylor Performance Systems in Toronto for the past 2 years.

She won a bronze medal at the 2014 Commonwealth Games. She has been in competition with fellow world champion teammate Justine Bouchard. She has been ranked number 2 in the world.

She initially earned a black belt in taekwondo by age 10. She started wrestling at age 10 and was coached initially by her uncle Stan Tzogas who had coached at the Olympic level.

She won the bronze medal at the 2014 Commonwealth Games. Following the games, she made the decision to move up a weight class to 63-kg after she experienced difficulty reaching the 58-kg weight limit.

At the 2015 Pan American Games she won the gold medal in 63kg category, defeating Katerina Vidiaux of Cuba 7-3.

In September 2015 Stone-Papadopoulos qualified for the 2016 Olympic Games in Rio de Janeiro after placing fifth in the 63kg category at the senior world championships.

She’s one of many athletes who has been drafted & found success by dominating their sport. 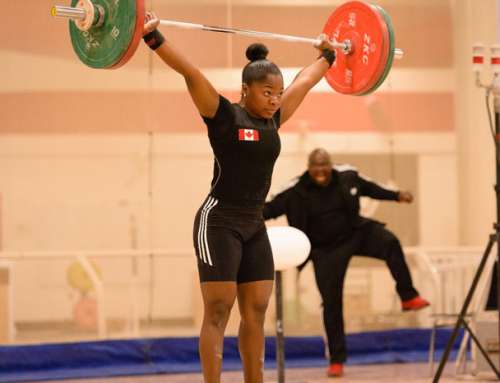